Can My Colorado Springs DUI Be Expunged From My Criminal Record?

Long after fines have been paid, jail sentences served, or license suspensions ended, a Colorado Springs DUI conviction can haunt you for a long, long time. That is because your DUI arrest and conviction will become part of your criminal record. Employers, schools, lenders, insurance companies, and others will see that DUI on your record. You could lose out on or be denied opportunity after opportunity, all because of the stain on your history that shows up on your criminal record. But will that DUI be on your record forever? Is there a way to get your Colorado Springs DUI expunged or sealed?

A Colorado DUI Conviction Will Be On Your Record Forever. Period.

A good Colorado Springs DUI attorney can challenge your arrest, fight tirelessly against the charges and, if successful, ultimately get your case dismissed or obtain an acquittal clearing you of the charges.

But even the best DUI defense attorneys cannot get a DUI conviction expunged from your criminal record.

Under Colorado law, all traffic convictions, including DUIs, remain on criminal and driving records forever. They simply cannot and will not be expunged or sealed. This is true regardless of whether it is a felony or misdemeanor conviction. The only exception, and one that is not guaranteed to result in expungement, is for juvenile DUI arrests and convictions under certain conditions.

A Colorado DUI Arrest, Dismissal, or Acquittal CAN Be Expunged

Your criminal history will reflect not only convictions, but arrests and charges filed against you as well. Even if you are ultimately cleared of the charges, just the fact that you were “in trouble with the law” could be enough to scare away prospective employers or otherwise cause you problems down the road.

The good news is that it is only upon conviction that your DUI is guaranteed to remain on your criminal record. If your case was resolved some other way than a guilty plea or guilty verdict, you may have the opportunity to have your DUI removed from your record as if it had never happened.

Obtaining an expungement is not guaranteed, and the process of petitioning for one can be technical and complicated. A good DUI defense lawyer can give you the best chance of having your DUI arrest, dismissal, or acquittal removed from your records.

Given the burden that a DUI can have on your future, and given that a conviction will follow you around forever, fighting the charges against you and avoiding a conviction is of the utmost importance. Retaining an experienced Colorado Springs DUI defense attorney can be the key to obtaining a dismissal or beating the charges, allowing you to ultimately petition the court to have the DUI expunged from your record. 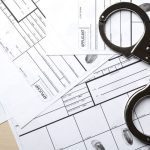