Can Silence Be Used Against You In Court?

You have the right to remain silent if police arrest you, but can that silence be used against you in court or at a trial? In most cases, prosecutors cannot mention to the judge or jury that you chose to exercise your constitutional right to keep your mouth shut once police take you into custody.

As such, you should ALWAYS exercise your right to remain silent and clearly advise the officer that you are doing so. As discussed below, if you choose to talk to law enforcement, you run a significant risk of providing prosecutors with evidence they can and will use against you to obtain your conviction.

The Right To Remain Silent

You are likely aware that “you have the right to remain silent” from hearing that phrase uttered by law enforcement officers in countless movies and TV shows. It is the first of several rights that police must advise you of in the Miranda warning they are required to read to suspects when they arrest them and take them into custody.

The 5th Amendment of the U.S. Constitution guarantees the right to remain silent by stating that an individual shall not be “compelled in any case to be a witness against himself….” Being a “witness against himself” means more than testifying as a witness at trial. This right not to be a witness against oneself extends to all interactions with law enforcement once a person is placed under arrest. It also extends to interviews or questioning before an arrest, so long as the person expressly invokes their 5th Amendment right to remain silent, and eliminates the risk of your silence being used against you in your criminal trial.

Even though most people know they have the right to remain silent, plenty of people under arrest decide to speak to the police anyway. It is an understandable impulse to want to defend yourself against allegations that you committed a crime. In the heat of the moment, when adrenaline is pumping, you may desperately want to explain to the officer why they are wrong and that it is all a big misunderstanding. If only they heard my side of the story, you think, this would all be cleared up. 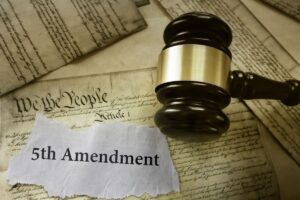 Remember that when officers question you, they are trying to get information and evidence to support the charges. They want you to talk because they understand that the more you say, the more chances you have to say something that will implicate you or hurt your defense. And once you start answering questions, if you choose to be silent in response to a specific inquiry like “Was that your gun?”, you run the risk that your silence be used against you – if you don’t invoke your 5th Amendment rights.

Rest assured, there will be a time to tell your story, just not then.

In most cases, once police read a person their Miranda rights and take them into custody, prosecutors cannot introduce the person’s choice to exercise their right to remain silent as evidence at trial, nor can your silence be used against you, to induce a judge or jury to infer or presume guilt.

But, ironically, exercising your right to remain silent requires speaking up.

Because of Supreme Court decisions interpreting the 5th Amendment, it is critical that a person exercising their right to remain silent advise the police that they are doing so. There are several ways you can make it clear that you are invoking your constitutional right against self-incrimination:

These simple statements prevent your silence from being used against you in your criminal trial.

Once you exercise your constitutional right to remain silent, the next critical step is to exercise your right to an attorney. Specifically, you need to hire a tenacious Colorado Springs criminal defense attorney who will fight aggressively to defend your rights, no matter what charges you may be facing, or how dire the situation may seem.

The experienced criminal defense attorneys at James Newby Law are standing by, ready to fight for you and your constitutional rights. Arrange for your free, confidential initial consultation today. 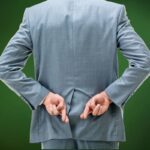 Can Police Lie During Interrogation in Colorado? 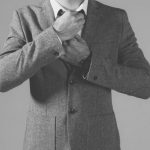 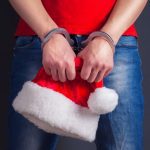