What Is a No-Drop Policy In a Domestic Violence Case?

Mandatory Arrest and “No Drop” Policy Go Hand In Hand

One of the intrinsic principles of our criminal justice system is that you are “innocent until proven guilty”. But if you face domestic violence accusations in Colorado, you may feel the concept has been overturned. Police and prosecutors will treat you as guilty before your court date when an El Paso County judge or jury can contemplate your innocence.

In most cases, Colorado Springs police officers responding to an alleged crime scene can make judgment calls as to whether to arrest and detain someone they believe committed a criminal act. But domestic violence calls are unique in that Colorado law removes that discretion, directing police to make an arrest even if the case against you appears weak.

Specifically, if a responding officer determines that they have probable cause to believe you engaged in an act constituting domestic violence, they must arrest you and take you to jail. An officer can base that “probable cause” on little more than an accusation, even if no other evidence suggests that you did anything wrong.

This is the first sign that you are in for a difficult ordeal in which the law seems stacked against you, and the presumption of innocence does not seem to apply. The no-drop policy in a domestic violence case that follows your arrest only makes things worse. 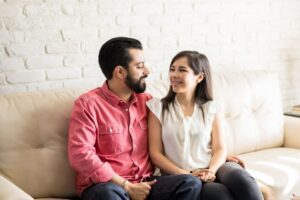 What does a no-drop policy in a domestic violence case really mean? Put simply, even if the supposed victim in the case (whether that be your spouse, former spouse, live-in partner, significant other, or another person) asks El Paso County prosecutors repeatedly to drop the charges, the prosecutors are unlikely to do so. They will continue to pursue charges even if you and the alleged victim have reconciled and resumed your relationship and living situation.

The criminal justice system will pursue your conviction if the victim recants their claim or says it was all just a big misunderstanding. The policy reflects the skepticism prosecutors have about victims who change their story after a domestic violence incident and the belief that their turnaround was possibly due to coercion or intimidation by the partner they previously accused.

While “no drop” may be the policy, that doesn’t mean “no defense” is the result. Your criminal defense attorney can attack the credibility, sufficiency, or admissibility of the prosecution’s evidence, making it difficult or impossible for prosecutors to move forward, leading to a domestic violence case dismissal.

Here are three reasons why Colorado Springs prosecutors may choose to dismiss charges despite a no-drop policy in a domestic violence case:

While an alleged victim’s claim of domestic violence may be enough for Colorado Springs police to arrest you and prosecutors to charge you, a judge or jury will require more evidence to prove your guilt beyond a reasonable doubt. Prosecutors will have a tough time convicting you without some or all of the following:

After someone alleges domestic violence against you, the most significant thing you can do is document everything that took place. The quantity of records you possess will help you substantiate your version of what frequently is a ‘he said/she said’ situation. Many individuals who are accused of domestic violence are actually domestic abuse victims. Domestic violence may result in defensive wounds, including scratch marks, bite wounds, contusions, lacerations, and other wounds. Take photographs of any injuries as soon as possible after the incident. This exculpatory evidence might dissuade prosecutors from continuing with their case.

However, as stated above, the purpose of the no-drop policy in a domestic violence case is to protect the alleged victim from coercion or intimidation by the accused. Often, even an uncooperative victim cannot convince prosecutors to drop charges.

A Colorado domestic violence conviction can throw your life into utter turmoil. Hiring an experienced domestic violence defense attorney to protect your rights and prepare a strong defense is the best way to improve your chances of a positive outcome. 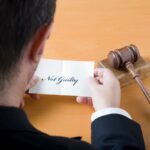 How To Win a Criminal Harassment Case in Colorado