Judging More Than Your Guilt Or Innocence

If you want to give yourself the best chance of a positive outcome in your Colorado Springs criminal case, you need to start by making an effort to impress the judge. Gavels and robes notwithstanding, judges are human beings.  Judges are duty-bound to follow the letter of the law, but may also make critical decisions based on how they perceive a defendant. If that perception is a negative one, it can tip the scales in favor of the prosecution.

The best criminal defense lawyers in Colorado Springs will do most of the talking on your behalf while the two of you are in the courtroom, whether at arraignment, a preliminary hearing, or at trial. But there will be occasions where you will need to either address the judge or testify on the witness stand. In every moment you spend before the judge and in the courthouse, you need to put your best foot forward.

Here are five ways that criminal defendants can impress the judge when speaking in Colorado Springs courts.

Our local Colorado Springs and El Paso County judges take their courtrooms and their cases seriously. They expect and demand that everyone in the courtroom do the same, including the defendants who appear before them. One way you can show that you respect the judge, their courtroom, and the proceedings is to dress appropriately.

Treat your appearance before the judge just as you would other important engagements, such as a job interview. Business casual should be the absolute minimum dress for court, though a suit and tie, dress, or more formal business attire is always a good call. Whatever you decide to wear, it is important to not go before a judge as if you are heading to a BBQ or a nightclub instead of heading to a criminal proceeding where your future hangs in the balance. Dressing for court in an appropriate way shows respect to the judge and the courtroom and indicates that you take the charges against you seriously. Conveying these signals in the courtroom is an important part of your efforts to impress the judge.

“Your Honor.” If you want to impress the judge, make those two words part of your courtroom vocabulary. Your thoughtfulness is a sign of respect for the position the judge holds. You can also refer to them as “Judge” but you should never refer to them as “man,” “dude,” “lady,” or any other casual and familiar terminology.

Using the proper title is just one way you need to demonstrate your respect for the judge. You should also answer any questions posed to you by the judge calmly, clearly, and truthfully. When listening to the judge, make it clear that you are paying attention to them by maintaining eye contact, and refrain from any body language or facial expressions that would indicate your displeasure with something they said. From their perch on the bench, judges see everything, including how you look and act at all times.

And, by all means, never get into an argument with anyone in the courtroom, especially with the judge.

Keep Calm and Carry On

Facing criminal charges can be an emotional ordeal, especially if you believe that you are wrongfully accused and are before the judge for the first time. If the allegations against you involve domestic violence, it can make things even more volatile. These emotions are understandable and normal.  In fact, it would be odd and foolish if you treated your current circumstances as if you didn’t care.

However, no matter how upset you may be, no matter how much something someone says makes you angry, no matter how much you disagree with a statement by a witness or a ruling by the judge, do not lash out or lose your composure. Stay calm at all times while in the courtroom. If you have something to say, tell your lawyer. After all, you have hired your attorney to defend you in court.  They are seasoned experts that can raise objections where prudent. When you avoid any verbal commentary or outbursts in court, you put your attorney in the best position to do their job. If you are on the witness stand and the questioning triggers your emotions, take a second to regain your composure before you answer.

The Truth, The Whole Truth, and Nothing But The Truth

Do not lie. Ever. This cannot be over-emphasized. Your lawyer will prepare you for any hearing, trial, or other court appearance, including how you should respond to certain expected questions. But no matter how bad you think an answer is for your cause, you should always tell the truth before a judge (unless your attorney has advised you not to speak at all).

If You Want To Impress The Judge, Do Not Try To Represent Yourself

While there may be times when you need to speak in court, it shouldn’t be because you are trying to defend yourself against criminal charges instead of hiring a criminal defense attorney to do so.  Deciding to represent yourself in a criminal case can be one of the worst and riskiest decisions you could ever make.

The judge will not be impressed by your efforts at self-representation.  You will be expected to have the same understanding of the law, rules, and procedures that prosecutors do. If you slow down court proceedings because you don’t know what you’re doing, it will inevitably frustrate and annoy the judge, and no defendant wants to irritate the person who may decide their fate.

The remedy for these ills is extremely easy, hire a well-respected and tenacious criminal attorney who will stand up for you in court and fight at every stage of the criminal process to protect your rights. 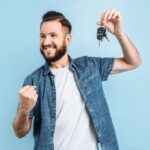 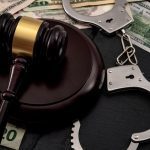