Your Choice Of A DUI Lawyer Can Make All The Difference

In the seconds after Colorado Springs police pull you over for suspicion of driving under the influence (DUI), your mind starts to race as you wonder what it will take to get out of a DUI. That is because you know the enormous consequences that follow an arrest and conviction for DUI in Colorado Springs. The loss of your driving privileges, a criminal record, hefty fines, possible time behind bars, and a long-lasting stain on your reputation await you if you are unable to defeat the charges.

Many drivers try to get out of a DUI without the help of an experienced Colorado Springs DUI lawyer. Not only are these efforts almost always unsuccessful, not working with a DUI attorney often makes a bad situation even worse. Sometimes, individuals charged with DUI think there is no point in calling a lawyer because a breathalyzer or blood test showed them over the legal limit. After all, with positive breath or blood alcohol test results, prosecutors believe they have all the evidence they need to obtain a DUI conviction.

But that simply isn’t true.

While no Colorado Springs criminal defense lawyer can or should guarantee that they can get you out of a DUI, an experienced DUI attorney will give you the best chance at defeating the charges, having them reduced, or keeping the consequences to a minimum. The most successful DUI lawyers know the law, understand the rules of evidence, are very creative and have the advocacy skills to challenge every aspect of your criminal arrest and prosecution.

You have rights when facing a DUI charge, and Colorado law places limits on what police can and cannot do at every step. You have defenses as well as the ability to contest the constitutionality of your traffic stop and arrest, the validity of the test results, and the admissibility of other evidence that form the cornerstone of the prosecution’s case against you.

That is why we strongly recommend you retain a skilled and experienced Colorado Springs DUI defense attorney as soon as you can after a DUI arrest. If the arresting officers or prosecutors violated your constitutional rights, failed to follow proper procedures, or otherwise failed to play by the rules, your DUI lawyer may be able to keep out of court the evidence prosecutors intend to use against you.

Following are three ways your attorney can help you get out of a DUI.

Challenging The Legality Of The Traffic Stop

Police officers cannot pull you over unless there is a lawful reason to do so. If they lawfully pull you over for a simple traffic violation like speeding or a broken tail light, that does not give them the right to start asking you about or testing you for suspicion of driving under the influence. Colorado police officers must have probable cause for stopping you or reasonable suspicion that you are impaired. An improper stop can be the domino that knocks the whole case down, and possibly get you out of a DUI charge.

Attacking The Accuracy Of Your BAC Test Results

Breathalyzers and other devices that police use to test for blood alcohol content (BAC) are notoriously unreliable and prone to incorrect readings. Colorado Springs and El Paso County courts can disregard evidence that is of questionable accuracy. Insufficient maintenance and calibration of the device, improper administration of the test, and external factors can all taint the accuracy of BAC test results. Your DUI defense lawyer can attack the admissibility of test evidence by calling into question:

Violation of Your Miranda Rights

If the police conduct a “custodial interrogation” (asking you questions designed to solicit incriminating responses) after your arrest, they must advise you of your constitutional rights beforehand. If the Colorado officer doesn’t inform you of your Miranda rights, a local judge may deem any incriminating statements or admissions you make in the absence of such notice inadmissible as evidence.

The above examples of are just a few ways a tenacious and talented Colorado Springs DUI attorney can challenge the evidence against you and help you get out of a DUI. But you need to hire the right one. Ideally, the attorney you hire should have experience as a former Colorado Springs DUI prosecutor. This experience will allow them to attack the prosecution’s case at every turn. Find out how James Newby Law can help you obtain a favorable outcome. 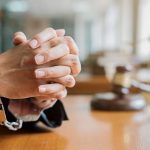