Being in the wrong place at the wrong time can get you in a lot of trouble. Being in a place you have no legal right to be at a time you have no right to be there can also get you charged with the crime of criminal trespassing in Colorado. Sometimes, however, it isn’t always clear whether or not someone was within their rights to be on a given piece of property. If you have been charged with trespassing, or believe someone has trespassed on your property, it is important to understand what the crime of trespassing involves and what it does not.

There are three degrees of criminal trespass under Colorado law:

A person commits the crime of third degree criminal trespass if such person unlawfully enters or remains in or upon premises of another.

A person commits the crime of second degree criminal trespass if such person:

A person commits the crime of first degree criminal trespass if such person knowingly and unlawfully enters or remains in a dwelling of another or if such person enters any motor vehicle with intent to commit a crime therein. First degree criminal trespass is a class 5 felony.
As you can see from the highlighted language, what kind of trespassing charge you will face depends on the kind of property at issue (a dwelling, or enclosed or not enclosed property) and your intent for being on that property (to commit a crime or for some other purpose). All forms of criminal trespass, however, contain the same fundamental requirement: that the accused “unlawfully” entered or remained on the property.

The question of whether a defendant was on someone else’s property “unlawfully” is often the key issue in a trespassing case and is often the basis of one or more of the many defenses available to trespassing charges.

For example, renters often wonder whether their building’s owner can be charged with trespassing if they enter without permission or unannounced. Consent is one of the key defenses to a trespassing charge; if someone who owns or possesses property has given the accused the right to enter or remain on the property, that is an effective defense. Leases often give a landlord to the right to enter an apartment for specific purposes, at specific times, or under certain conditions. If the renter gave the landlord such permission in the lease, the owner would not be “unlawfully” entering the property.

But consent goes only as far as it was given. For example, when you buy a ticket to a movie, the theater owner is giving you its consent for you to be on the property, but only for the purpose of seeing the particular show designated on your ticket. If you then go sneak into another movie, you are exceeding the consent given and could be charged with criminal trespass.

Sometimes, entering someone else’s property may in fact be unlawful, but circumstances like an emergency, a crime in progress, or lives being endangered may allow an accused to assert the defense of necessity. If someone walks by a burning house and enters the property to rescue someone inside, that would not constitute trespassing even though the person had no other legal right to enter or be on the property. For the same reason, and under such circumstances, police officers, firefighters, or other first-responders will not be charged with trespassing when they enter property in the reasonable performance of their duties. However, that does not mean that police have the right to enter your home without a warrant in the absence of such circumstances or your consent.

As a society, we place great value on the right to enjoy our property without interference by others. Our trespassing laws reflect that fact. If you have been charged with criminal trespass in Colorado, the consequences of a conviction are serious. But you may also have valid defenses that can defeat the charges altogether. An experienced Colorado criminal defense attorney will be able to evaluate your circumstances, advise you of your options, and develop the best strategy to fight the charges. 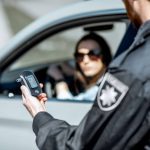 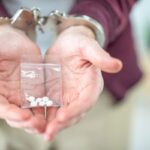