Charged with Shoplifting? You Need a Colorado Theft Defense Lawyer

If you walk out the door of a store, business, or other retail establishment in Colorado with goods you haven’t paid for, you could find yourself walking straight to jail. Shoplifting is theft, and theft crimes come with serious penalties, especially if what you stole is worth a lot of money or if it isn’t your first shoplifting offense. Beyond jail time, hefty fines, and restitution, a conviction for shoplifting or any other theft crime can haunt you for years to come, reducing employment opportunities and casting doubt on your honesty and trustworthiness.

As noted, shoplifting falls under Colorado’s definition of theft. While walking out that front door without paying for something will get you charged with theft, Colorado law is such that you can also get arrested and charged with shoplifting even before try to leave the store.  You will be charged with shoplifting if you knowingly obtained, retained, or exercised control over anything of value in the store without authorization or by threat or deception; and you:

Simply intending to steal an item is shoplifting. This means if you put a blouse, piece of jewelry, bottle of liquor, or any other item in your purse or under your shirt, you could be charged with shoplifting even before you reach the checkout counter. But prosecutors need to be able to show that you intended to steal the item. Without the intent to steal, there is no crime. That means that someone who accidentally walks out of store with an item because it slipped their mind or they didn’t know they still had it should not be convicted of shoplifting.

The penalties for a shoplifting conviction in Colorado can be serious, and largely depends on the value of the item stolen:

Given these potential consequences, you absolutely need to contact a Colorado Springs theft defense lawyer as soon as possible after you’ve been arrested for shoplifting. 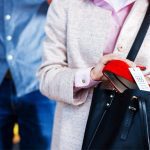 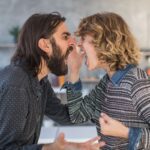 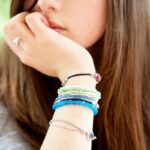