Can I Reduce My DUI to Reckless Driving?

It will come as no surprise that driving under the influence (DUI), is the most serious criminal charge you can face for your conduct while behind the wheel in Colorado, especially if someone ends up getting hurt or killed. For many criminal charges, it is often the most prudent strategy to try to get prosecutors to reduce the charges to a lesser offense with less harsh penalties upon conviction. But can that be done with DUI charges? Can you reduce your DUI to a charge of reckless driving?

While there is no guarantee that a prosecutor will agree to let a DUI defendant plead guilty to lesser charges, a skilled Colorado DUI defense attorney can negotiate with prosecutors to have the DUI reduced to a reckless driving offense commonly called a “wet reckless.”

A plea agreement to reduce a DUI to “wet reckless” – “wet” because of the involvement of alcohol – can often be arranged for first-time DUI defendants where no one was hurt or no property was damages and the driver’s blood alcohol content (BAC) was at or just slightly above the legal limit.

The consequences of pleading guilty to a wet reckless are significantly less harsh than the penalties upon conviction for DUI. No jail time will be involved, and you won’t have a DUI on your record – at least for the moment. If, however, you are subsequently charged for a different DUI, the earlier wet reckless will be treated as a DUI conviction, meaning that you will face the more serious penalties that come with a second or subsequent DUI conviction.

Deciding whether to enter into a plea agreement is a serious matter. Getting a prosecutor to agree to lesser charges can be a serious challenge. If you’ve been charged with a Colorado Springs DUI, you need to understand your options, be aware of the consequences of your decisions, and have the knowledge of the law and how prosecutors work to get the best possible outcome. An experienced Colorado Springs DUI defense attorney can help you through this challenging time so you can put the charges behind you and move forward with your life. 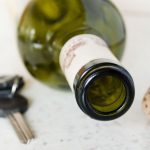 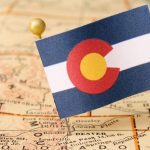