As part of any sentence for a crime in Colorado, the Court is to consider several factors and purposes in determining the appropriate sentence. Colorado Revised Statute 18-1-102.5 states as follows.

Based on this statute the Courts often attempt to find a sentence that best suits the level of offense and balances all of the interests of the parties involved. The question may arise, how this relates to DUI sentencing. In general most DUI offenders in Colorado Springs, Teller County, Woodland Park, and the surrounding areas are treated differently based on several criteria.

The first thing that the District Attorney looks at is how many times a person has been charged with a DUI. The number of priors is calculated based on the person life time. A DUI or DWAI thirty years ago in another state is still counted as a prior. If a person has no priors, they will be treated differently than a person with one or more prior DUIs, particularly in Colorado, where a prior DUI makes jail time mandatory.

Another factor considered is how much alcohol the person consumed. If a person has a higher blood or breath alcohol level, that person will be viewed as more of a danger to the community and harsher penalties may be imposed. On the flip side, if a person has a lower blood alcohol level, the penalties may be less severe than someone with a higher level.

The third factor considered is the strength of the case against a particular person. Unfortunately, the prosecution is not going to tell the accused that they have a weak or difficult case to prove. Rather, a DUI Attorney in Colorado Springs or Teller County is going to evaluate the case and find the weakness and bring those to the DA’s attention. If done properly, it may result in a better sentence than the other factors would normally allow.

All of these factors come together to determine the sentence you receive. If you find yourself facing DUI charges in Colorado Springs, El Paso County, Teller County, Woodland Park or the surrounding areas, please contact a Colorado Springs DUI Attorney who knows how to put you in the best position possible based on the facts of your case. Don’t face the Judge without having a DUI lawyer who has thoroughly evaluated your case. 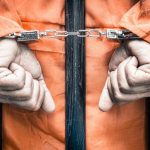 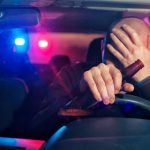